On the wave of code

Burgas has its indisputable advantages as a city to live and do business in – for some that includes the sea, for others, its good links. But despite being among the leading areas by investments and business activities, for many years the region could not enter modern economy and compete with the technological and outsourcing achievements of Sofia or Plovdiv. It seems now that the first steps have been made in this direction, and the change is obvious from the number of developed Bulgarian and foreign IT companies opening offices in the city, as well as the number of local companies.

Burgas is gradually growing its own ecosystem, and one that fully reflects the meaning of the word – with a closed cycle between the private sector and education.

Not all reasons for the IT industry boom are positive: salaries in the region are markedly lower compared to those in Sofia, even considering general economic factors. This disadvantage could become an advantage, because if large IT companies in the country were to experience a drop in income due to the coronavirus, they could be drawn to Burgas, where conditions have already been created.

How Burgas became an IT hub

Development of the technological sector in the city happened over the last five years. Since 2015, more and more companies have been establishing their branches in Burgas, which has also led to the development of other sectors. Unfortunately, in Burgas, as in the entire country, the shortage of staff in this sector remains a major hindrance for investments and growth. The city on the Black sea coast is feeling this even more, due to its smaller scale, demographic and migration processes. 70% of people graduating there leave the region. This is why efforts are being made to support the IT sector development on different fronts. On the one hand, the municipality itself is highly interested in attracting IT companies and creating a favorable climate for them, and on the other – the educational system is showing greater flexibility than in other, larger cities, and is already managing to contribute to the creation of staff to cover demand from the business.

“There is no way for us not to be worried about the Coronavirus, but the new situation is also an opportunity for faster digitalization in many areas of public life, business, and education”, says Petko Georgiev of “ICT cluster Burgas”.

Presently, Burgas is home to the offices of established companies like “Accedia”, “Bulpros”, “Musala soft”, and “ScaleFocus”, as well as the business process outsourcing company “Sutherland”. “Local produce” includes “J soft” and “Codific”, which is registered and managed from Belgium. Most of them are part of “ICT cluster Burgas” with over 30 member companies employing over 2,000 staff in total.

“The location and accessibility of Burgas are clearly of importance. The local authorities’ ambitions to make the city an attractive place to work and live in with a focus on attracting IT companies also helps”, tells “Capital” Petko Georgiev, chairman of the cluster in Burgas. Georgiev is one of the public faces of the local industry, and the cluster itself has been around since 2016 with the aim to work for further introduction of technology at small and medium enterprises, and also to create a better connection between the public and the private sector.

“The city’s development as an IT destination looks like a natural process, but in fact, it is the result of long years of cooperation between the cluster, the municipality, and educational institutions in the city”, adds Georgiev.

A visit to the seaside

The presence of multiple Sofia-based names which are well known all over the country is the most impressive thing about the companies in the city. Thus, for example, “ScaleFocus” opened an office with 40 staff in Burgas in 2018. The company also operates a branch of its private programming academy, “ScaleFocus Academy”, which opened at the end of 2019. Hundreds of students have since graduated from fast-track training courses.

“In recent years, the development of the IT ecosystem has taken center stage in Burgas: a coding high school was opened, new offices of software companies, and others”, comments “ScaleFocus” before “Capital”. “We want to leave a positive mark on local ecosystems, and so we decided to open an office”.

Good intentions are not the only reason for the strong presence of the business. Low costs are likely a far more important factor. The average salary in the IT sector in the city is nearly twice as low – 46% – compared to the industry average for the country according to NSI data for 2018, which is the latest available statistic.

This factor is combined with another – the educational system in Burgas seems far better organized and aimed at creating employees than in other cities. Practically all high schools in the city have programming sections, and one of them – the Professional High School for Computer Programming and Innovation – is fully geared toward that.

“The important factors which guided us toward the region are the presence of educational institutions focused on IT and the sustainable development of Burgas. If there’s any problem, it’s the shortage of staff, which is observed all over the world. In Burgas, however, they created an entire programming high school, which is a long-term step toward solving the problem of finding specialists”, commented Elena Marinova, president of “Musala soft”. The company has had an office in the city since 2013 and is among the first who started the trend of expansion toward the east.

The cocktail of low salaries compared to the average for the country and the constant inflow of staff, as well as the absence of deadly competition, as is the case, for example, in Sofia, is the shortest and best explanation why so many companies head specifically toward Burgas. Most likely, the city becoming a destination for more and more companies will create higher competition and cause the level of salaries to rise.

Between concern and optimism

The big question business is concerned about today is the effect of the coronavirus pandemic on the economy. It is clear that there will be winners and losers.

As a tourist destination, Burgas will be hit hard both in the short term and in the long term. In the area of technology, however, the curse may turn out to be a blessing, further increasing the number of companies which would be attracted to the city thanks to the lower costs.

“We can’t avoid being worried about the shrinking of the economy due to the coronavirus, because it affects all economic sectors, and tourism is a major one in Burgas”, says Petko Georgiev. “But the new situation is an opportunity for faster digitalization in many areas of public life, business, education, and administrative services. The Cluster can help find new local solutions to develop circular economy”, he explains further.

At the same time, the ICT cluster will attempt to continue its development according to pre-coronavirus plans. Those are mainly geared toward creating more start-ups in the region and growing purely Burgas-based entrepreneurs. A large-scale joint project with the municipality is envisaged in the future, called “Southeast Digital Innovation Hub”, or “Digihub” for short. It should lead to faster digital transformation of manufacturing enterprises in the industrial park and companies in the KRIB through access to smart machinery and technology in cooperation with companies in the IT sector.

The cluster’s activity is already bearing fruit as well. In March, the organization completed another of its programs – the 18-month StartupHub.BG, which is financed under the Operational Programme “Human resources development”. The end result is the creation of 40 new start-ups in the city – a huge number at the scale of Burgas.

But the most important thing for both start-ups and the entire ecosystem there is yet to come: managing to stay above water, and then staying on top until they master the wave fully and successfully.

Bulgaria: chatbot, which provides important information related to the coronavirus
DIGIHUB - co-organizer of a big event for digital technologies 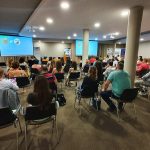 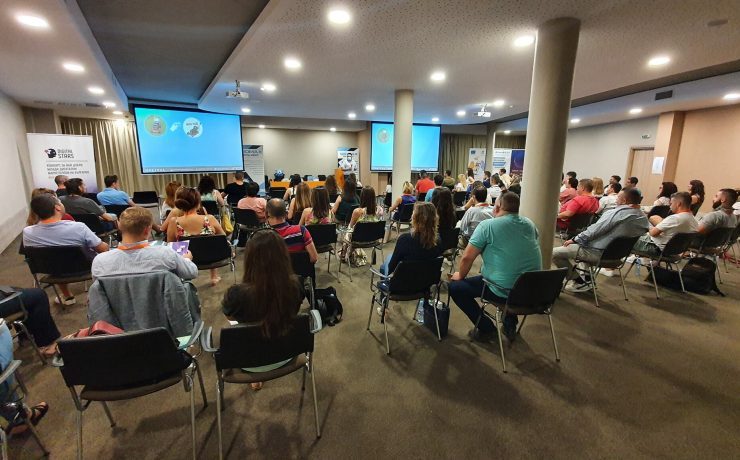 DIGIHUB – co-organizer of a big event for digital technologies 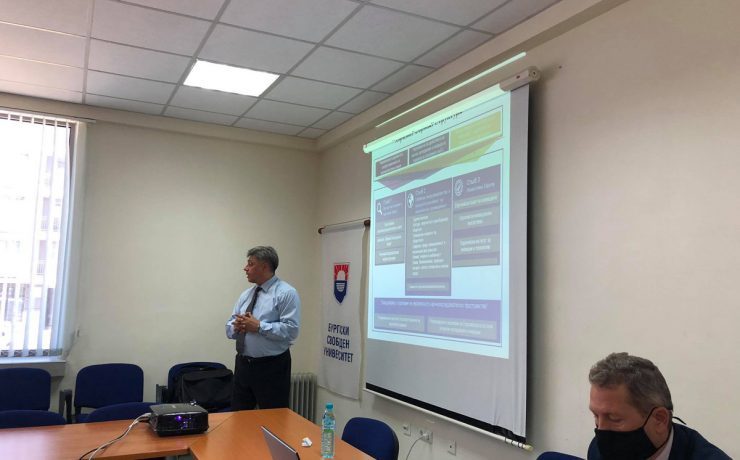